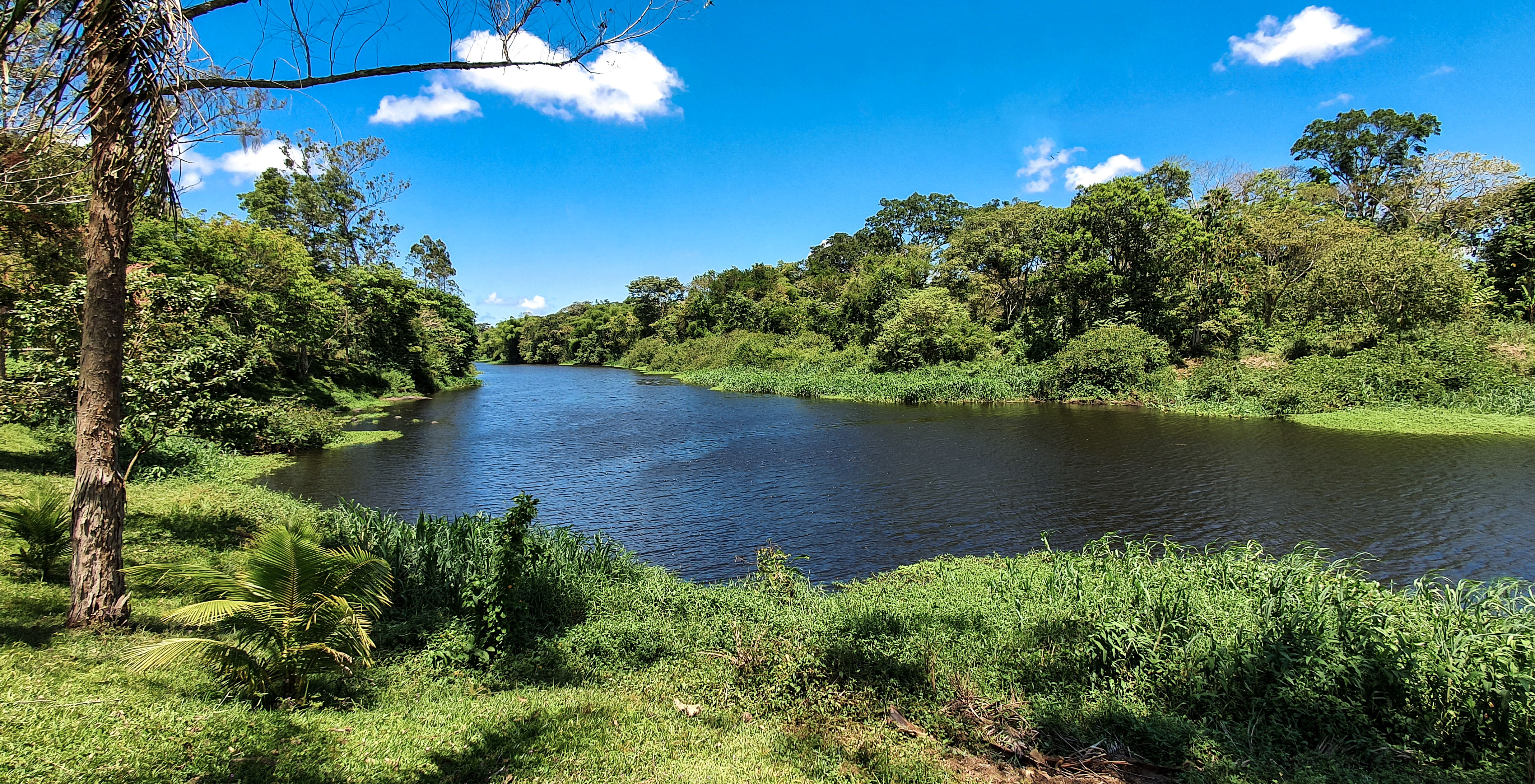 Posted on
in
Projects

It is interesting to look at the potential for positive change in Bahia. The people of this region are so welcoming and warm, while also making a real difference through their local work on different fronts.

In the end of 2019, we visited our local destination partner, organic farms as well as social projects to get to know the local communities and do research about potential projects. There was a lot to learn about these communities from our trip.

The region is characterized by the strong presence of cocoa crops, cultural diversity, good cuisine and preserved Atlantic Rainforest. We started in the region The Costa do Cacau (eng: Cocoa Coast) which is a part of Bahia with much to offer, from waterfalls and beaches surrounded by coconut trees to a delicious and varied cuisine, consisting of dishes with strong African influence. The export of cocoa from this area was at their peak during the 20th century.

Jorge Amado, one of the most famous Brazilian writers, has written several books about the everyday life in this region that involves a lot of folklore, the power of the cocoa barons and the struggles for land. These historic marks are still present in the houses of the Cacau barons, in the countryside villages and in the cacao plantations that are slowly recovering from a terrible fungus that destroyed most of the crops in 1989.

The cocoa farmers were left with few options to keep their farms alive. Some survived by turning them into tourist attractions and others on smaller scale production which still remains today. The region has a strong potential for eco and adventure tourism, as it offers a wide range of activities in nature, including hiking, canyons, horseback riding, canoe trips, kayaking and great surf spots.

We were invited to Fazenda Provisão which is one of these historic places that opened the door to tourism. The visit to the farm is a journey through time. Colonel Domingos Adami de Sá, first owner in the beginning of the 20th century, was also an important political leader and steward of the city of Ilhéus.

The current owner, Roberto Novaes (Beto) is part of the sixth generation of the family and preserves the buildings, the historical objects in the house and a chapel, as well as producing good chocolate. His property is literally fully integrated with the Atlantic Rainforest. The Atlantic Rainforest stretches from the northeast parts of Brazil, along the Atlantic coast, down to the south state Rio Grande do Sul and inland as far as eastern Paraguay and northeastern Argentina.

Its wide variety of plants makes this region one of the most biodiverse regions in the world and the trees in this area are not only important for their beauty; they also provide shelter from storms and high waves as well as create habitats for wildlife like sloths, armadillos, monkeys and many more. Many species that live there are endemic and can only be found here. During our visit, Beto shows how the cocoa is being processed, from fermentation to the drying of the almond. The cocoa bean goes through several stages until it is bagged for export or to produce delicious chocolate. After our tour we enjoyed some local Bahian food.

The following day we visited the district of Taboquinhas where Osvaldo and his wife Laura runs a small family farm that, in addition to cocoa, offers various organic foods. The couple's big dream is to expand the farm's facilities and transform it into a permaculture space, combining a relationship with nature, planting method, waste treatment, and receiving visitors. The small farm offers suites to host visitors who want to get to know the country life and participate in the production of products such as Laura's delicious chocolate, Cupuaçú juice, or jelly made with cocoa honey.

Some goals have already been achieved: the farm already recycles all waste, works with organic agriculture, receives tourists, and teaches sustainable methods in partnership with organic food producers, such as the Roça de Cacau Program, production of ecological straws, among others. The Roça do Cacau Program was implemented 10 years ago by our local partner Ativa Aventuras with the objective of developing tourism in the Taboquinhas region, generating income and improving the quality of life of the farming communities of the region.

We got the exclusive opportunity to participate in the whole process of chocolate production, from harvesting to the moment when the chocolate was ready to eat. The cocoa is of superior quality and gains aromas and flavors from the native forest. The process included toasting the seeds in a wood stove and drying the dough in the pestle, everything handmade.

According to Otto Hassler, creator of the project, it is gratifying to provide visitors with this wonderful experience and highlights the social importance of the project. In addition to preserving the culture and forest vegetation, the local population is involved in the tourism production chain, generating employment and income.

“Participating in issues that involve cocoa-producing communities is very important, as they have a lot to teach us, because in addition to reinforcing the worldwide movement for the production of sustainable organic foods, they are active defenders of nature."

The next region that we visited in Bahia was Costa do Dendê which extends 115 kilometers from the Bay of Camamu to the mouth of the Jaguaripe River. There are dozens of beaches, islands, rivers, waterfalls, mangroves, coral reefs, and historic landscapes along its entire length. It´s an amazing destination for adventure tourism, including nautical sports like scuba diving and abseiling. Hiking trails around in the country's diverse landscape, while boat tours provide scenic views of the coastlines rich with wildlife.

We drove up through winding roads surrounded by mountainous scenery before arriving at this quaint area of farmland where Mr. Juvenal had his organic farm. On a walk through Mr. Juvenal's fields, we were awed by the variety of plants and trees he had growing. Some were familiar to us like sugar cane, orange, guava and cassava while others were new for us.

We reached his organic farm where all these fruits are grown without chemicals or pesticides and with lots of love from nature itself. It really felt like walking through paradise. After the fascinated lesson about organic farming we continued driving through Rio das Almas Valley and passing over rolling green hills covered with lush vegetation and steep dirt roads before arriving at a Dona Marias small restaurant, a little gem nestled among valleys and a river where we jumped in to the water cool down. 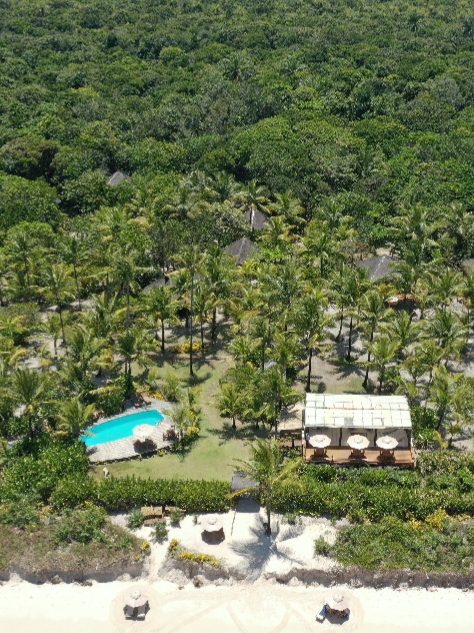 Thank you! Your submission has been received!
Oops! Something went wrong while submitting the form.
No spam. Unsubscribe anytime.
Back to Main Page

Partnership with an NGO in the Amazon

Join us on an expedition to the Amazon Rainforest